Anna is the eldest of three high-spirited, intelligent women brought up by two well-read medical doctors, who encouraged a life of education and adventure from day one. She inherited her parents’ passion for discovery, her father’s sporting stamina and her mother’s love of fine art and nature.

Anna’s father bought her first camera for her 9th Birthday, and since then she has embraced her upbringing and shared her love of life through her award-winning photography. She is a warm, friendly person who loves to be around people and wildlife. She has an eye for an image and the energy and enthusiasm to journey to remote destinations all over the world.

She has thoroughly enjoyed teaching photography to students in Going Digital Scotland photography workshops throughout Scotland since June 2016. Anna is passionate about nurturing her own interests, a source of great happiness, in others! She is a very patient teacher and particularly loves teaching beginners how to use their cameras on the “Get off Auto” course.

Anna is a fully qualified drone pilot, with the necessary PFAW (Permission for Aerial Work) from the Civil Aviation Authority (CAA). She works with Phantom Flight School teaching drone flying and photography workshops.

A Mechanical Engineering degree from Edinburgh University extended her rounded education and flair for languages, and brought her north to a life in Bonnie Scotland. Work as a technical journalist in London followed, where she was poached by a car manufacturer to work in public relations in Germany.

This led to a gritty, but extremely enjoyable 5-year period working offshore in Oil & Gas seismic navigation with Schlumberger. She dedicated her six months’ leave from the North Sea each year to travelling and photography. Back on the beach Anna briefly became a newspaper reporter in Aberdeen, until her life’s subtext of photography and wild places expanded and blossomed.

Anna began a very successful career as a social photographer, exhibiting a talent for capturing an event or individual with stylish reportage and portrait photography. This experience has proved invaluable in the corporate arena where people skills and the ability to work quickly and under pressure are vital.

She has won 30 awards from the Master Photographers’ Association (MPA) and Fujifilm for commercial, portrait, wildlife and wedding photography. She continues to write, mainly for the photographic press, and has also written a book on nude photography: “Camera Craft – Nudes” for AVA Publishing.

Anna has lived in her beloved Edinburgh since 2005, and extended the home she shares with her super patient husband Robin, to include a wonderful, large studio. 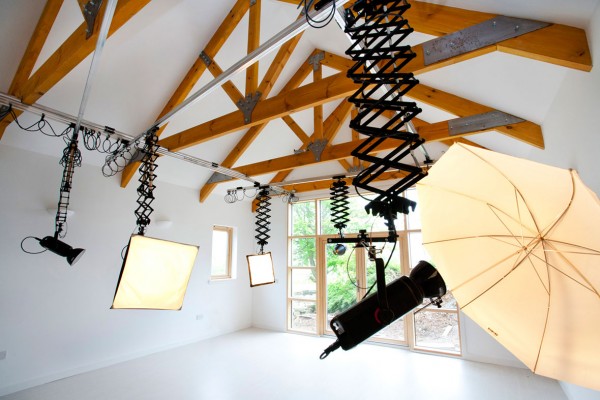 In the last few years her significant talents as a commercial and wildlife photographer have emerged.

In 2007 she was thrilled to win an award in the BBC Wildlife Photographer of the Year competition, the most prestigious wildlife photography competition in the world. Visitors to the exhibition at the Natural History Museum in London and website voted her exquisite picture of an Arctic fox no 1! 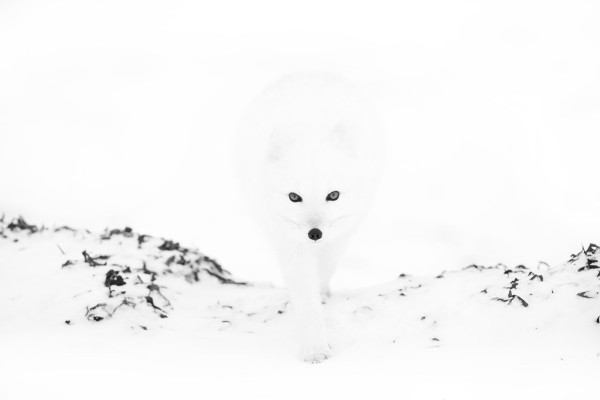 And in 2012 her image of a vulnerable polar bear on ice floes won a top prize in the BBC Wildlife Photographer of the Year, “World in our Hands”. 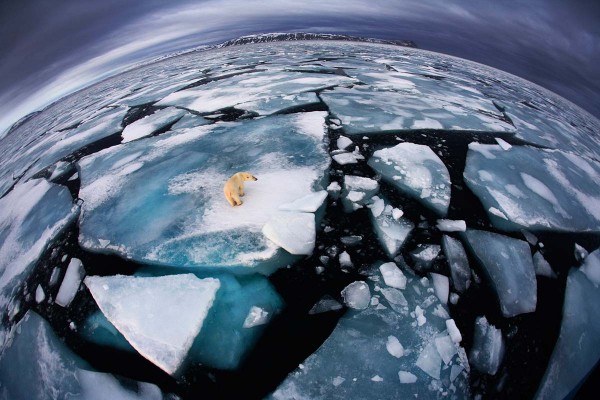 Anna has undergone many forms of survival and first aid training. She maintains the requisite qualifications for oil & gas offshore work worldwide for the day when the oil industry recovers from the current economic crisis.

In 2007 she spent many weeks offshore taking photographs on board the Scottish Fisheries Research vessel, and on a Norwegian ROV survey vessel doing underwater 3D photogrammetry. She visited a Total oil platform, and Shell sent her to Holland to photograph North Sea installations from a helicopter.

In 2009 Edinburgh-based oil company Melrose Resources sent her to Egypt to photograph the Nile Delta fields and facilities. This was a very exciting trip which began in Cairo – with time for Tutankhamun as well as the modern day paraphernalia of Egypt’s black gold. She photographed palm trees next to oil rigs, container ships floating through the desert down the Suez Canal, and oilfield facilities where the muezzin regularly call the boilersuited workers to prayer.

In summer 2010 she carried out assignments for two more oil companies: Cairn Energy and Bowleven. Cairn Energy sent her to Greenland to capture images of its frontier oil exploration on board a state-of-the-art drillship and semi-sub which were on constant lookout for icebergs. She also accompanied Cairn’s board of directors when they went to see the operations for themselves.

Bowleven sent her in the opposite direction: to the warmer climes of Cameroon. This was an exciting trip comprising a day in the swamps photographing seismic ops, a couple of days on a no-frills offshore drilling rig run by baccy-chewing Texans, and plenty of time for photography in the local markets accompanied by her guide, driver, bodyguard and a couple of models dressed in traditional clothes!

Then in October 2010 the builders moved in and began building a photographic studio. As anyone who has ever suffered builders at home is aware, this is a complete NIGHTMARE. The six months predictably stretched into twelve, but eventually a perfect photographic studio emerged.

It was too problematic to be away from home much during this period but she did manage one trip offshore to photograph a Shell platform being decommissioned. She was stationed on a Russian heavy lift vessel and accompanied everywhere by two Russian hunks who insisted on carrying all her gear. The topside was severed and lifted onto the barge appearing to “levitate”. Then the enormous leg substructure was sucked off the seabed, dripping marine life as it emerged like a sea monster from “Pirates of the Caribbean”.

She has been kept busy by the Forth Crossing Bridge Contractors (FCBC) since winning the tender to supply creative photography for the new Queensferry Crossing in 2010. It has been a highlight of a lifetime being involved with such an incredible feat of civil engineering – from the installation of the bridge’s foundations in the Forth to the completion of the three towers and erection of the deck sections. The £1.4 billion bridge is due to be opened in May 2017. 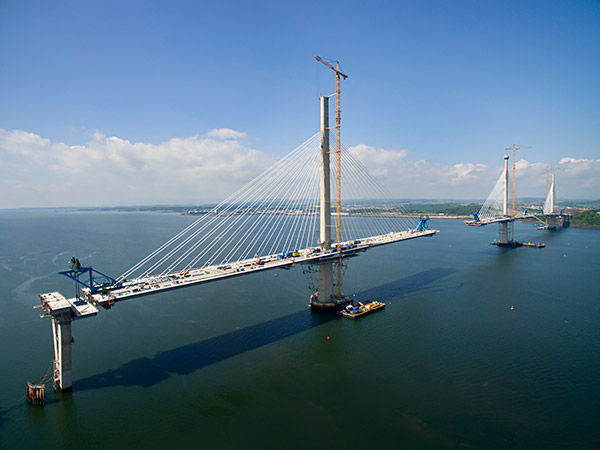 Anna loves nothing better than a challenge. She is an expert skier and throughout her life has enjoyed many adventure sports including parachuting, para-gliding, diving, hiking, cycling, adventure racing, running and mushing with huskies in the Arctic. She discovered triathlon in 2011 and with the unstinting help and friendship from Edinburgh Triathletes has completed many triathlons and open-water swims. Cyclo-cross racing is the latest thrill! She is grateful to the teachers at Meadowlark Yoga for prolonging youthful energy and moments of calm!

Seen through her partner’s eyes, Anna has the spirit and courage reminiscent of the great Edwardian explorers. But beyond this she has an eye that captures and transmits the vibrancy and significance of living on Earth. She can contrast the power of man-made industry with the fragility of the natural world.

As organisations become increasingly aware of their social and environmental responsibilities Anna is helping many of them to focus and communicate their involvement in these issues. And her passion and patience for wildlife photography has brought the beauty of the wilderness into many of our homes.