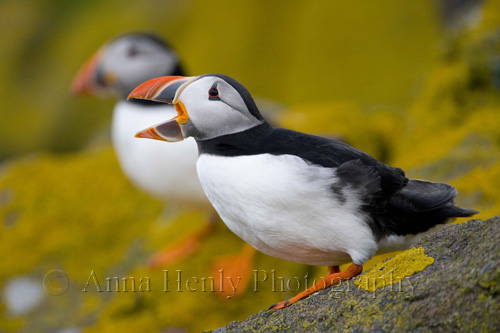 A blog to celebrate the puffins on the Isle of May, a Scottish Natural Heritage nature reserve, near Edinburgh. There are 200 000 seabirds on a wee island just 1.8km long and less than half a kilometre wide.

In spite of a hideous rain forecast I went out to the island on 1st May to find that puffins apparently like sitting on the cliffs in miserable weather – and go fishing when it’s sunny! 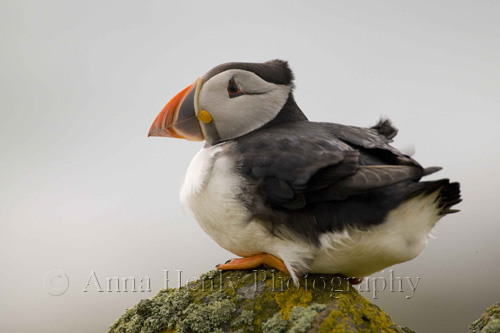 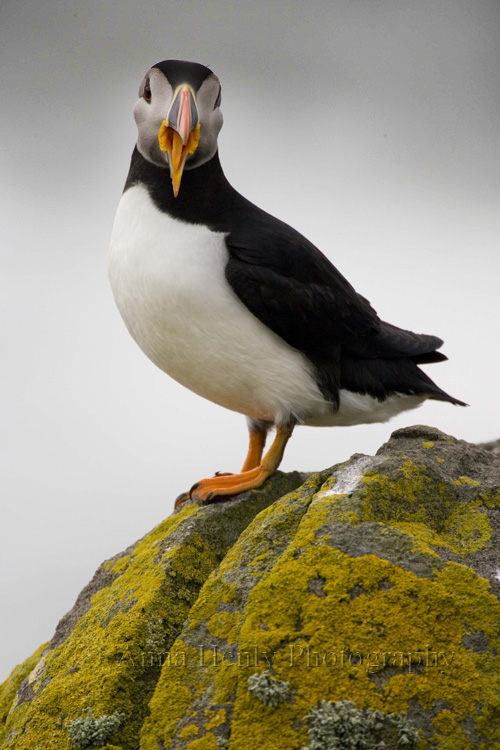 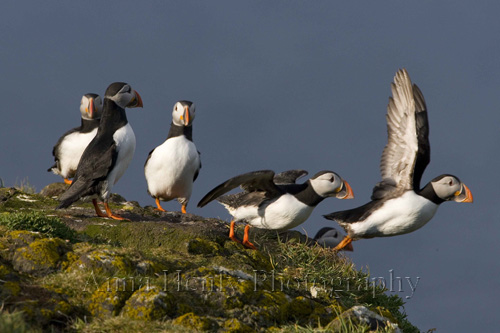 I had planned to leave the island 24 hours after I arrived, but a hideous wind forecast developed and the boat trip was cancelled. The only reason I minded being marooned was that I had bullied a lot of folk into running the Edinburgh 10K on the 3rd May, and would have felt really guilty if I had missed the torture……….. 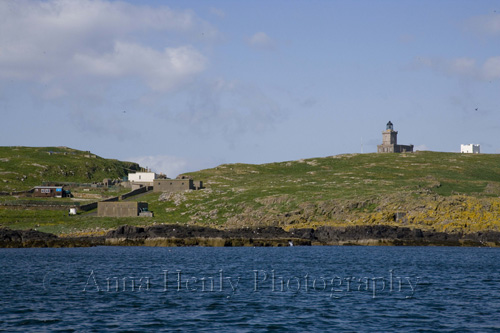 At this stage in the breeding season I was hoping to see puffins squabbling and billing and nesting and I wasn’t disappointed……. 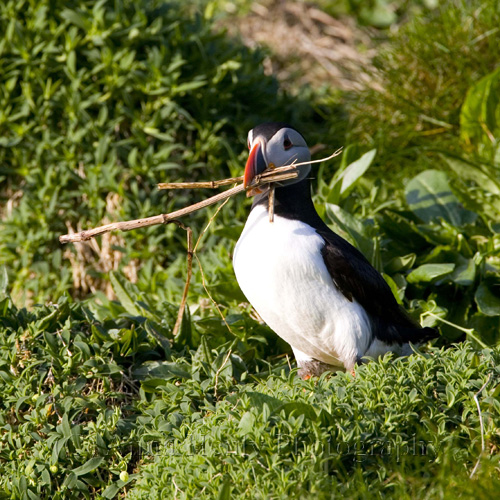 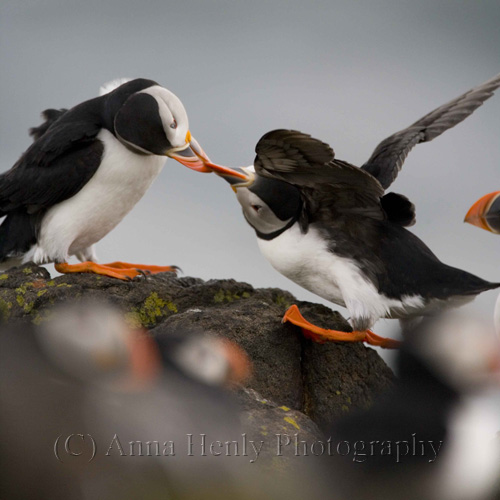 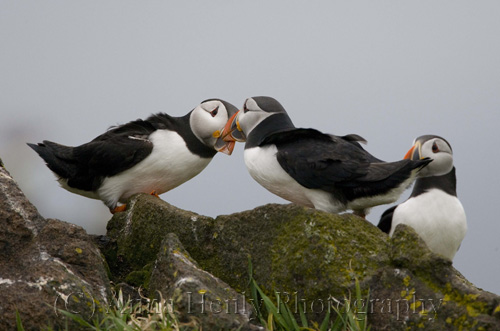 They are hopeless at flying, knocking birds off cliffs by carelessly landing on top of each other. The birds look round continually for predators such as the greater black backed gull, but seem oblivious to puffins dropping like stones from above. 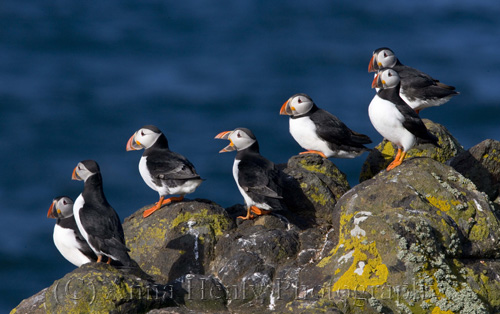 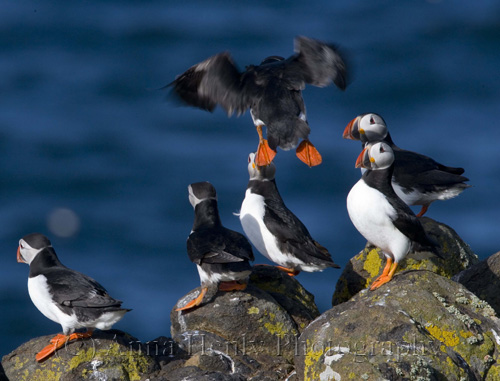 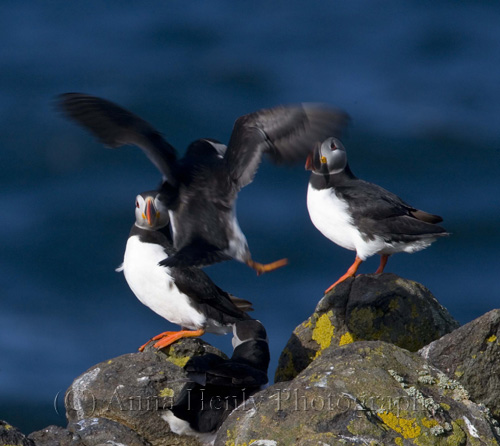 I spent many hours being amused by their attempts to master the art of flying. It reminded me of my own lack of skill with a paraglider. On several occasions I narrowly missed impaling innocent bystanders on my skis, and tangling them up in a bag of silk. I’d be shouting (in French) to get out of the way, and they couldn’t figure out where the noise was coming from! 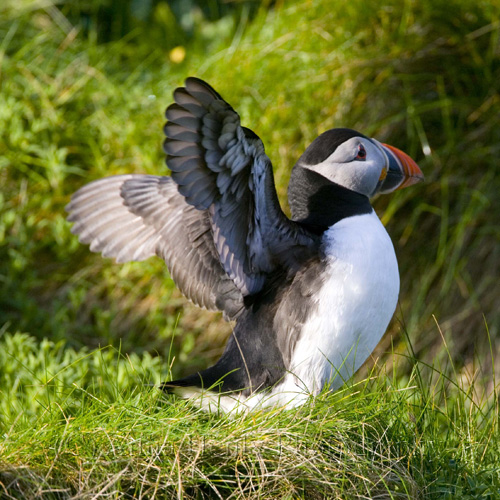 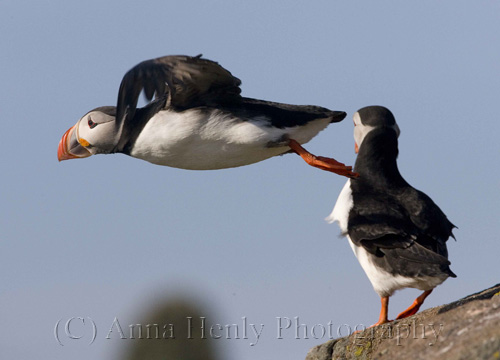 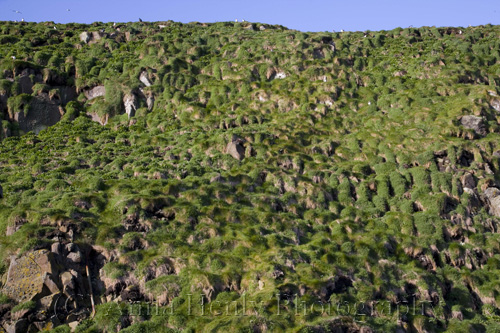