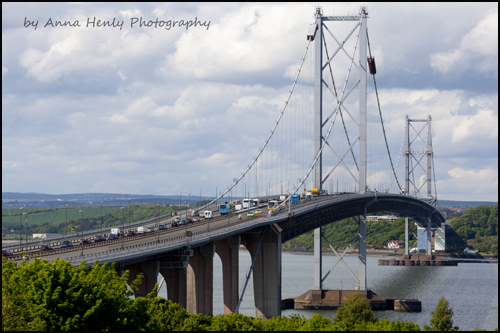 The southbound carriageway was closed to allow the Olympic torch relay to cross in style.

I was lucky enough to be busy photographing for FCBC and the Forth Replacement Crossing – about half an hour before the Olympic torch relay was due to cross the Forth Road Bridge. How convenient! People twittering told me the convoy was running late and that Mark Beaumont would be cycling the flame over the bridge. I hoped the breeze down the Forth wouldn’t extinguish the flame. I’ve run over the bridge many times in a gale, feeling like I am flying above the ocean…..my head sometimes in the clouds… 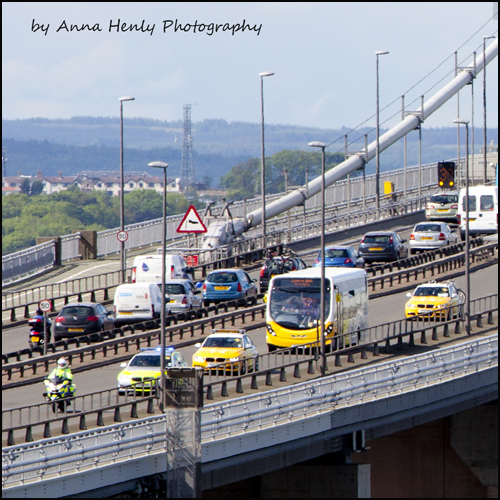 Does closer inspection with a zoom lens reveal Mark Beaumont in a car – with his bike on the back?? Or did he cycle so fast I missed him? All the folk watching were a bit puzzled too. 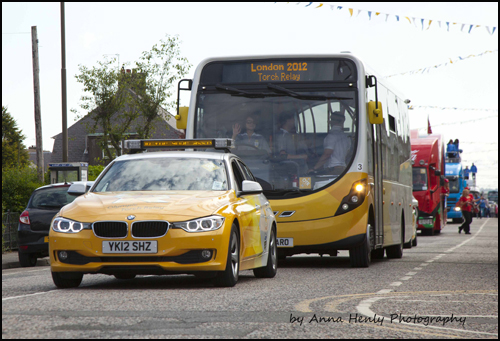 And then the Olympic torch relay headed out of Edinburgh via Loanhead’s main street. Again, how convenient!! 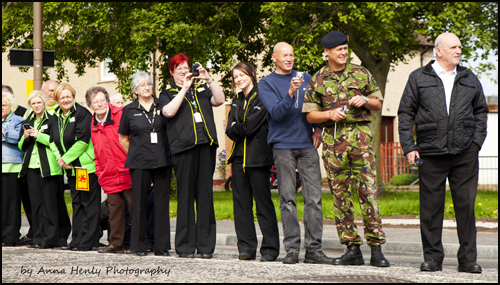 Loanhead locals turn out to support. 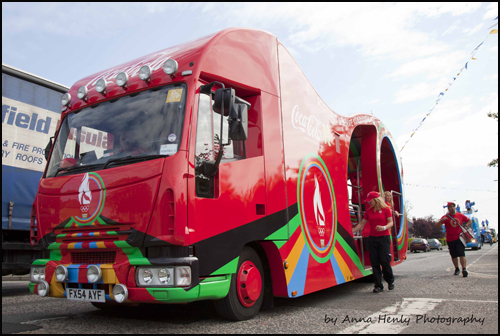 The first in the procession of weird Olympic vehicles. 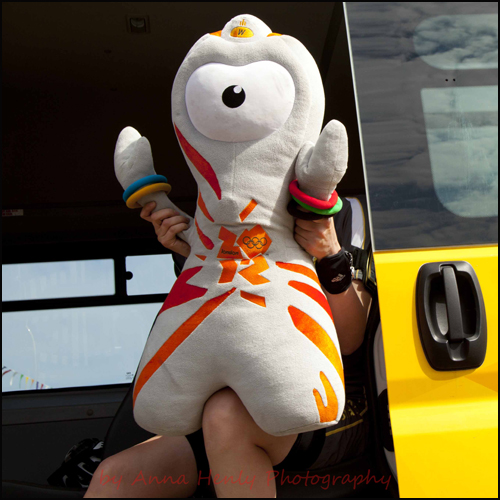 And now for one of our weird Olympic mascots: Wenlock. Another mystery………. 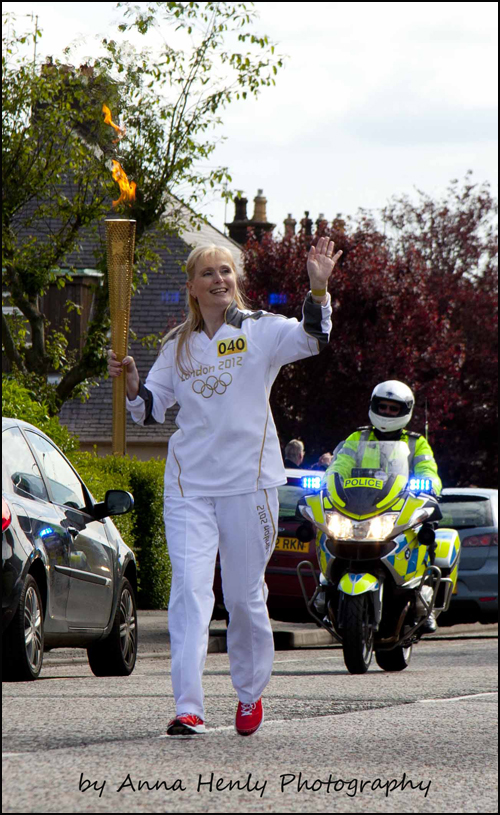