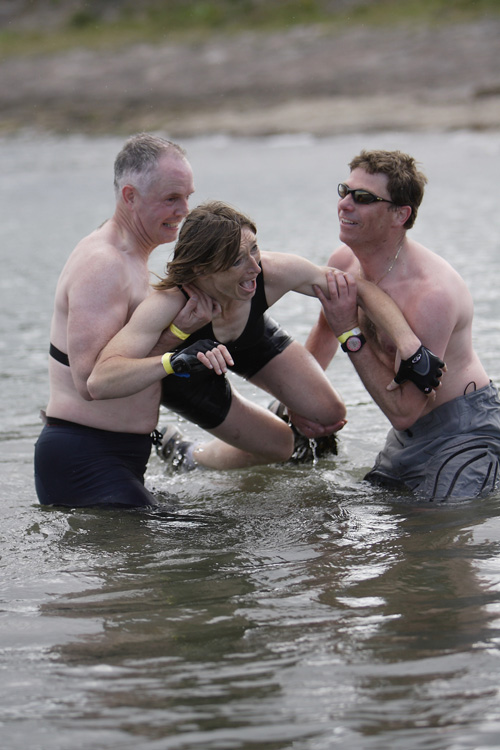 A few pictures from the zany Edinburgh Rat Race 2009 – the urban adventure challenge that some of us look forward to all year………….

This activity (for points!) is “throw-a-mate”.  Funnily enough, most of the mates being thrown into the Scottish North Sea at Edinburgh were the women, bullied into it on grounds of reduced weight. Couldn’t really argue this point. 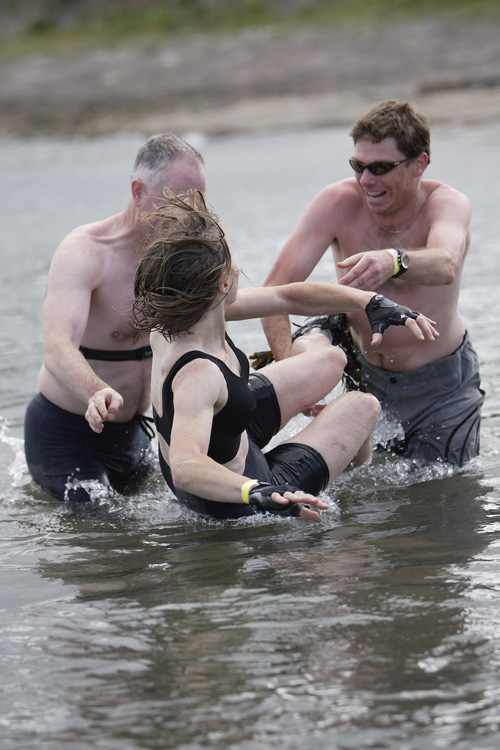 My greatest worry was losing my contact lenses in the sea. My mountain biking skills are bad enough even when I can see where I am going…….. 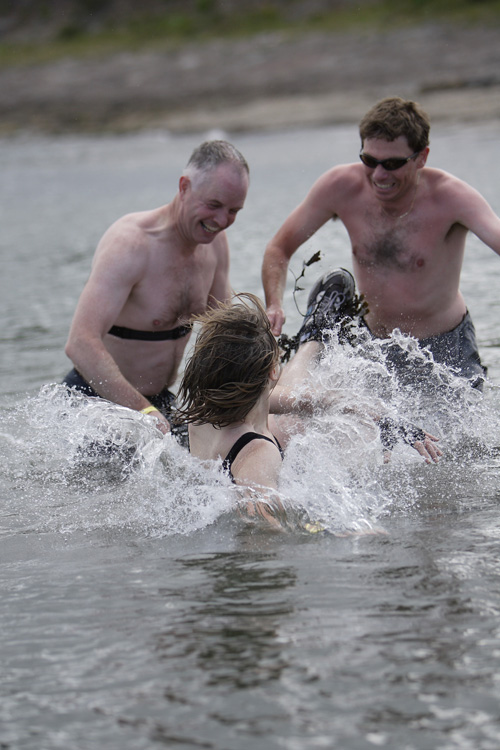 Not sure if they were laughing at me, or the seaweed I was tangled up with……..more sea monster than mermaid…. 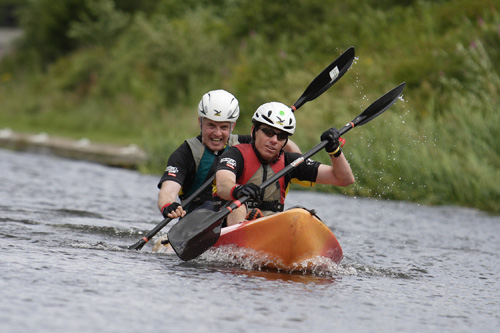 No room for a domestic here (as in previous years) about the best way to canoe, so it’s decided that Robin and Ben will make the fastest team……….while I run alongside scaring away the swans and their band of cygnets. 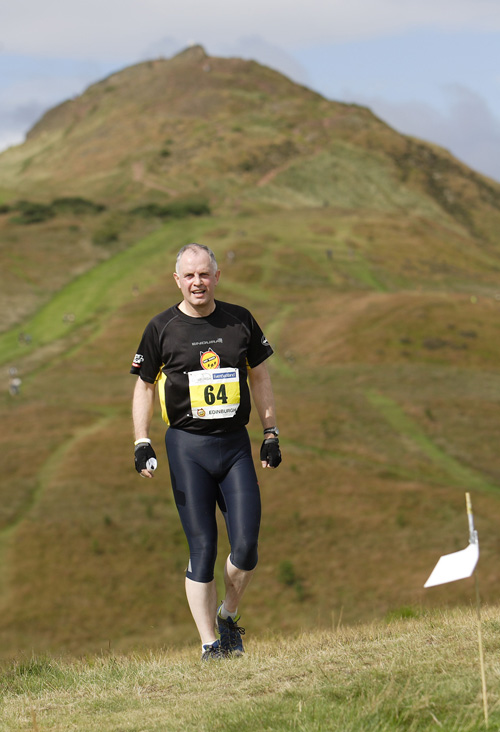 Time for a spot of orienteering – up, down and all over Arthur’s Seat – to track down letters and form a word – RATIFIED…..

The team can’t lose me as the “weakest link” has the dibber. Without me, there’s no way of collecting the points! 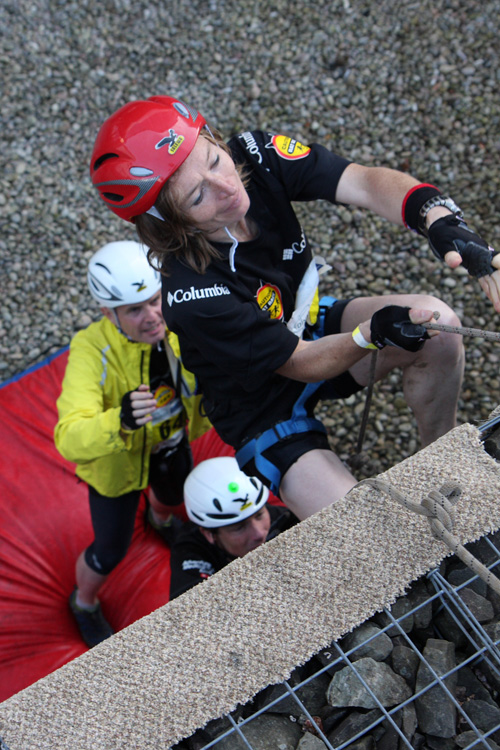 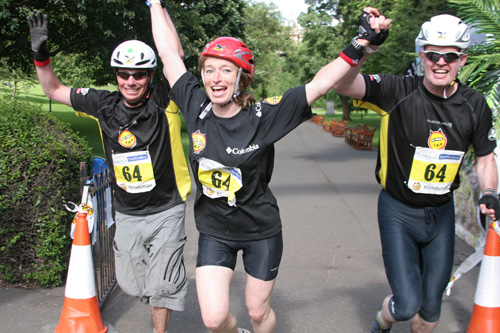 And thanks and well done to the Rat Race crew for organising another fantastic Rat Race.  Can slack off for a few months now that’s over……